You are here: Home » About Us » Meet Our Clergy and Professional Staff » Rabbi Emeritus James Prosnit

Click here for a selection of sermons by Rabbi James Prosnit.

Rabbi James Prosnit has been Rabbi of Congregation B’nai Israel since 1990 and in July of 2019 will become rabbi emeritus. Rabbi Prosnit previously served as Associate Rabbi at Congregation Rodeph Sholom in New York City and Holy Blossom Temple in Toronto.

He received his B.A. from Ohio Wesleyan University and M.A. degrees from New York University (Education) and Hebrew Union College-Jewish Institute of Religion (Hebrew Literature) where he current serves on the Board of Governors. He was ordained from HUC-JIR in New York in 1981 and received an honorary Doctorate of Divinity in 2006. He currently serves on HUC–JIR’s Presidents Council, and is chair of the Rabbinic Alumni Association.

Since 1990 he has also been an adjunct lecturer in the Religious Studies Department at Fairfield University and was recently appointed as the University’s first Jewish Chaplain in Campus Ministry. He is a member of the advisory board of the Bennett Center for Judaic Studies at Fairfield.

Among numerous community activities, Rabbi Prosnit has been a Board member and chair of Bridgeport Prospers, a Collective Impact Leadership Team organized by the United Way; Connecticut Against Gun Violence and Operation Hope, a homeless shelter and social service agency in Fairfield. He has recently been honored for his community work by both Operation Hope and the ADL (Anti-Defamation League).

Rabbi Prosnit lives in Fairfield with his wife, Wendy Bloch. They have three sons, three daughters-in-law and recently have begun to experience the delights of being grandparents. 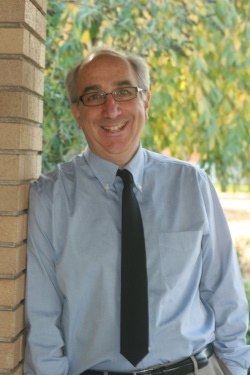