You are here: Home » About Us » Meet Our Clergy and Professional Staff » Ira Wise, DJRE Director of Education

Ira Wise has been Director of Education since 1995 and works with our Vision Team, Adult Jewish Learning Committee and faculty to keep Jewish learning at B’nai Israel on the cutting edge. He believes that we work as partners with parents in helping them rear children who become literate connected Jewish adults.

Each summer Ira serves on the faculty of the Union for Reform Judaism’s (URJ) Eisner and Crane Lake Camps in Massachusetts’ Berkshire Mountains. He has also chaperoned the teens on the NFTY L’dor V’dor trip to Eastern Europe and Israel. In addition, he teaches at Merkaz, the Community High School for Jewish Studies.

Ira is connected to the larger community of Jewish educators in North America and abroad. He has served in the leadership of ARJE – Association of Reform Jewish Educators, who have granted him the title RJE (Reform Jewish Educator) and the Distinguished Educator Honor. He serves as a mentor for other educators, including new graduates of the Schools of Education at the Hebrew Union College-Jewish Institute of Religion (HUC-JIR). He often consults with congregations trying to adapt technology in their schools and leads workshops and seminars for teachers and educators around country on a variety of topics.

He also serves a mentor and staff member for the Elaine Breslow Institute (EBI) of Beit T’shuvah. Beit T’shuvah is the first Jewish residential addiction recovery center. EBI is a program that brings Jewish clergy, educators and other professionals for an immersion into the factors and treatment of addiction, helping them to become first responders and to create programs in their own communities.

Ira is a member of the current cohort of the M²  Senior Educators Cohort. This is a program that selects educators to explore signature educational pedagogies, multidisciplinary perspectives and cutting-edge methods that enable them to articulate, refine and sharpen their practice as experiential Jewish educators. He is also working toward earning a certificate in Spiritual Counseling from Beit T’shuvah in Los Angeles.

Ira has published several Jewish educational texts and articles. His most recent is a set of lesson plans to teach about Civil Discourse published online by the Covenant Foundation. He contributed a chapter in Text Messages: A Torah Commentary for Teens, edited by Rabbi Jeffrey K. Salkin. He also served as Content Curator for JeducationWorld.com, a blog that aggregates Jewish Education news worldwide.

He received his B.A. in Public Administration from the University of Illinois and his M.A. in Jewish Education from the Rhea Hirsch School of Education at HUC-JIR  in Los Angeles. In 2016 he became a Doctor of Jewish Religious Education (DJRE), conferred by the Hebrew Union College-Jewish Institute of Religion.

He lives in Fairfield with his wife Audrey.

Please visit his education blog, Welcome to the Next Level. 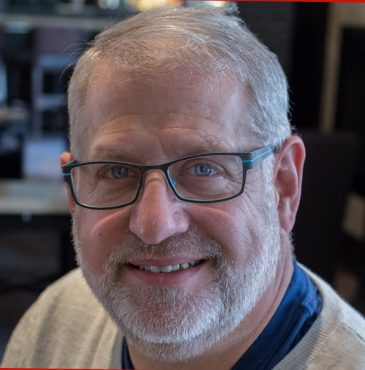 From the Education Director