You are here: Home » About Us » Meet Our Clergy and Professional Staff » Cantor Emeritus Sheri Blum

After 26 years as cantor to the B’nai Israel community, Cantor Sheri Blum retired in June 2020.

Music plays a central role in both the religious and community life of Congregation B’nai Israel. For Cantor Sheri Blum, music has an important spiritual quality. “Music is very powerful. When we hear the special melodies of each holiday, it makes us feel that the holiday is here. It inspires us. Music is an integral part of our worship services.”

Cantor Blum made sure music played an integral part throughout the congregation’s activities. Arriving at B’nai Israel in the summer of 1994, she had prepared more than 1,300 B’nai Mitzvah students. She led a dynamic music program that included our Junior Choir and Adult Choir. She also taught weekly in our preschool.

Cantor Blum was ordained from the Hebrew Union College-School of Sacred Music in 1982. She served as Student Cantor for four years at the Union Reform Temple in Freeport, Long Island, N.Y., and after her ordination, she became the full-time Cantor at Temple Emanuel in Worcester, Mass., where she served 12 years.

In 2007, Cantor Blum received an Honorary Doctorate from the Hebrew Union College for her 25 years of outstanding service to the Reform Movement. 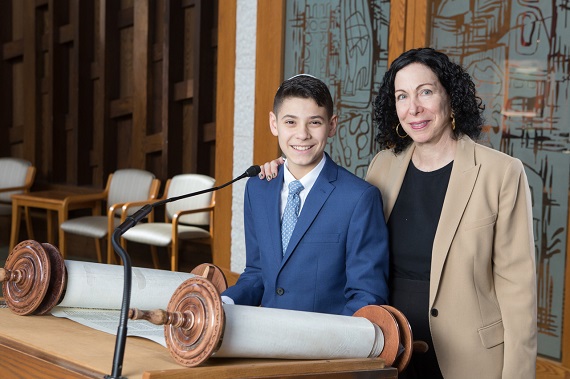 Children singing "In this House"